Are you suffering from sagging or droopy breasts? Do you find that your once perky breasts are now pointing toward the floor? Feeling self-conscious and wishing there was a remedy that would restore your appearance to a more youthful, healthy look? A breast lift, also known as mastopexy, raises the breasts and makes them look firmer and perkier.

As a woman ages, skin loses some of its natural elasticity, causing the breasts to lose their natural shape and firmness. After pregnancy and nursing, volume changes can exacerbate this process.

You might well be a candidate for a breast lift if: 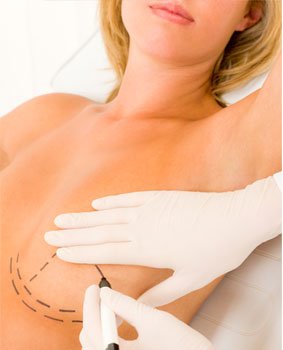 A breast lift raises and reshapes sagging breasts. This procedure elevates the breasts and gives them a more youthful appearance. The surgery usually takes one and a half to three hours.

Based on your breast size and shape, we will discuss the best surgical, least invasive surgical techniques. Some of the most common procedures are:

After surgery, you must be prepared to rest and limit your movements, which will speed up the healing process and recovery time. Here is what you can expect:

Are you ready to regain a more youthful breast appearance? Would you like to select different clothing, bathing suits, or undergarments? Breast lift surgery, or mastopexy, can help you feel better about your breast image.

Request a consultation online or call us at (908) 654-6540 to schedule your appointment with Dr. Richard Tepper, Board Certified Plastic Surgeon.

View Before and After photos of  some of our satisfied patients who have chosen to work with Dr. Tepper.

Subscribe for the latest in Aesthetic & Plastic Surgery news.