Autologous fat transfer refers to the process by which fatty tissue is removed from an area(s) of your body which has a relative excess, and grafted (“transferred”) to an area of the body that would benefit from more volume.

Normal aging results in body fat loss in both the face and the body.  With traumatic injuries and other illnesses, fat loss may be an unintended consequence.   And with aging as well as other conditions, fat gain may occur in undesirable amounts and locations.

Fat transfer is now commonly employed during both cosmetic and reconstructive procedures, taking advantage of the benefits that fatty tissue has to offer.  Just a few examples of this include the use of fat grafting during facelift surgery or to help reduce or correct the sunken grooves beneath the lower eyes. The procedure forms the basis of the “Brazilian Butt Lift” (gluteal augmentation). Fat grafting is commonly employed during breast reconstructive surgery and at times during cosmetic breast surgery. Even aging hands, with thin skin and brown spots, can benefit from fat grafting, creating a more youthful appearing hand.

It is a simple and safe method primarily used for filling in volume in areas such as the face and buttocks. You may be a candidate for fat transfer if: 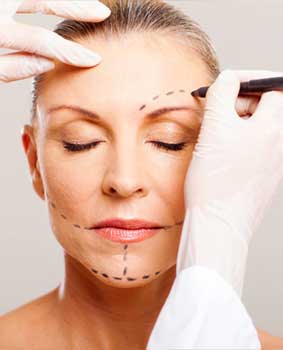 During autologous fat transplantation, fat cells are removed from one area of your body and transferred to another area.  The procedure must rely on your own fatty tissue, not someone else’s. The amount of fatty tissue available may influence your procedural choices.  Autologous fat transfer can help achieve a very natural result. And because it is your tissue, there is no rejection.  However, it is important to note that not everyone achieves the same level of graft success.  In some patients a portion of the fat may not survive and may simply get absorbed.  Thus, some patients do elect to have more than one procedure, depending on the desired outcome.

Common areas for obtaining the fat include the abdomen, thighs and hips.  However, the back or other body areas could be used.  Direct buttock fat removal may result in added sagging and is often deferred.

Once the fat is harvested, fat cells are separated from the other liquids.  In some instances, the fat will be centrifuged prior to being reinjected through small thin cannulas.

Fat transfer surgery usually lasts from one to three hours.

Patients may experience a variable amount of discomfort, swelling and/or bruising, depending on the area or areas being treated.

Dr. Tepper will gladly provide you with more specific information based on your treatment area.

Autologous fat transfer is a relatively new procedure with tremendous potential to restore youth to both aging and injured areas of the body.

Request a consultation online or call us at (908) 654-6540 to schedule your appointment with Dr. Richard Tepper, Board Certified Plastic Surgeon.

View Before and After photos of  some of our satisfied patients who have chosen to work with Dr. Tepper.

Subscribe for the latest in Aesthetic & Plastic Surgery news.